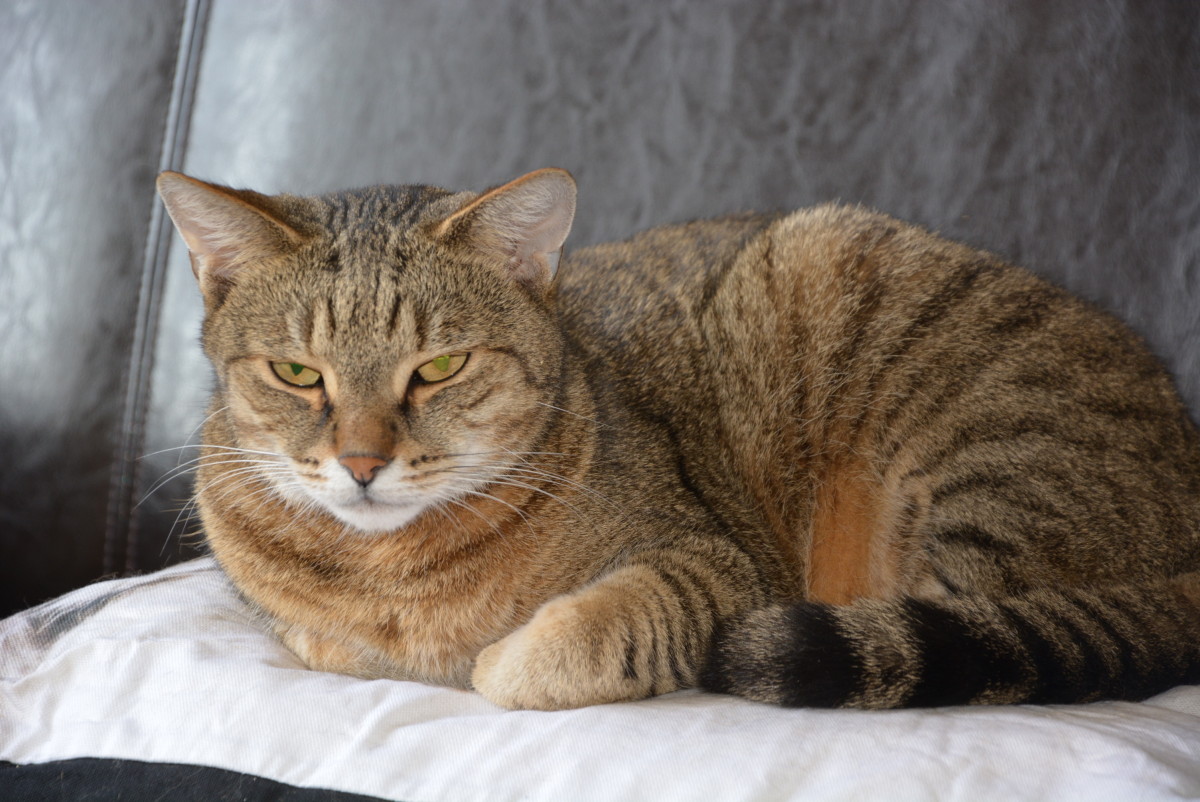 Two brownish tabbies (Puma and Lilly) were left in a box at Modena Park (third district) and brought to the practice by children. Both of them (obviously siblings) suffered from a disease called IBD (a chronic bowl disease) which is quite common in cats. Despite this little handicap (IBD is well treatable with some care and the right medication) we could find homes for both of them immediately, unfortunately it did not fit for Puma yet.

Puma was first referred to a family with kids and another tomcat in the sixth district where he did not integrate well. Although house trained he did not always find his litter box.

He then lived for a while again with Mrs. Patel at home where he did not show this behaviour any more. In May 2015 he finally found the right place to stay. He moved to Donaustadt to live with a young lady who fell in love with him immediately. He came purring by to say hello to his new owner as if he had waited particularly for her. He seems to be a rather straightforward companion now he has found somebody who looks after him with the care and custody he needs and means a lot of joy to his new owner and her partner.

Lilly ended up with a couple in the ninth district where she feels totally at ease (see Lili Apr. 2014).