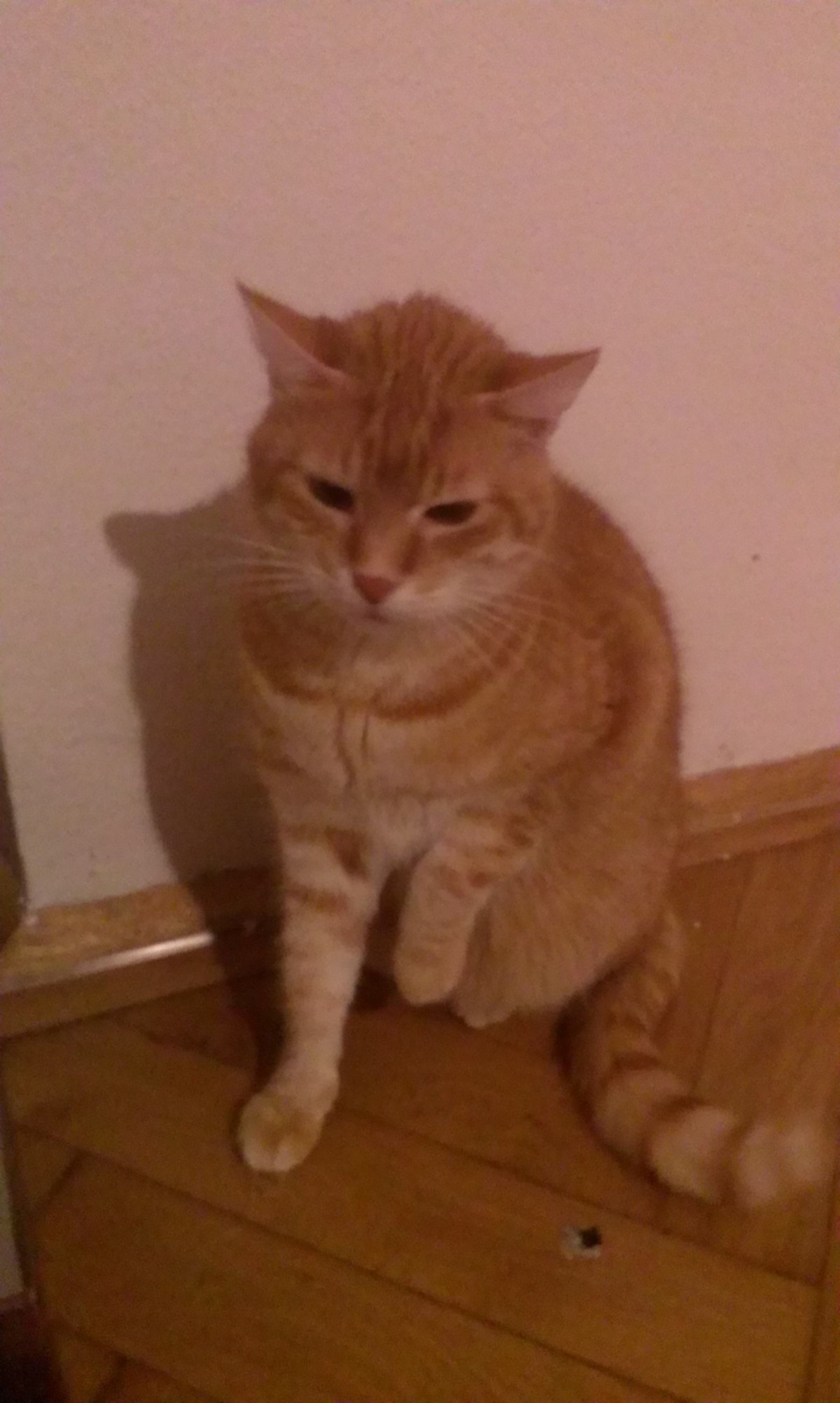 “Little” has been welcomed on Friday February 17th 2017 by his new ownwers.

Little” (Kleinchen) is a cute red tomcat, approx. seven years old and very affectionate towards humans.  As a kitten he was quite weak and a regular guest at Mrs. Patel DVM but after his neutering everything was fine. However, he remained quite small (as you can tell from the name).

The tomcat was with his former owner for more than six years, in the beginning he was together with another adult cat. Like in many cases he has become a victim of separation of his people.

He will be called Whiskey from now on and will be living with cat-loving people and another cat called Lumia. From time to time he will have the chance to experience nature at a farm.