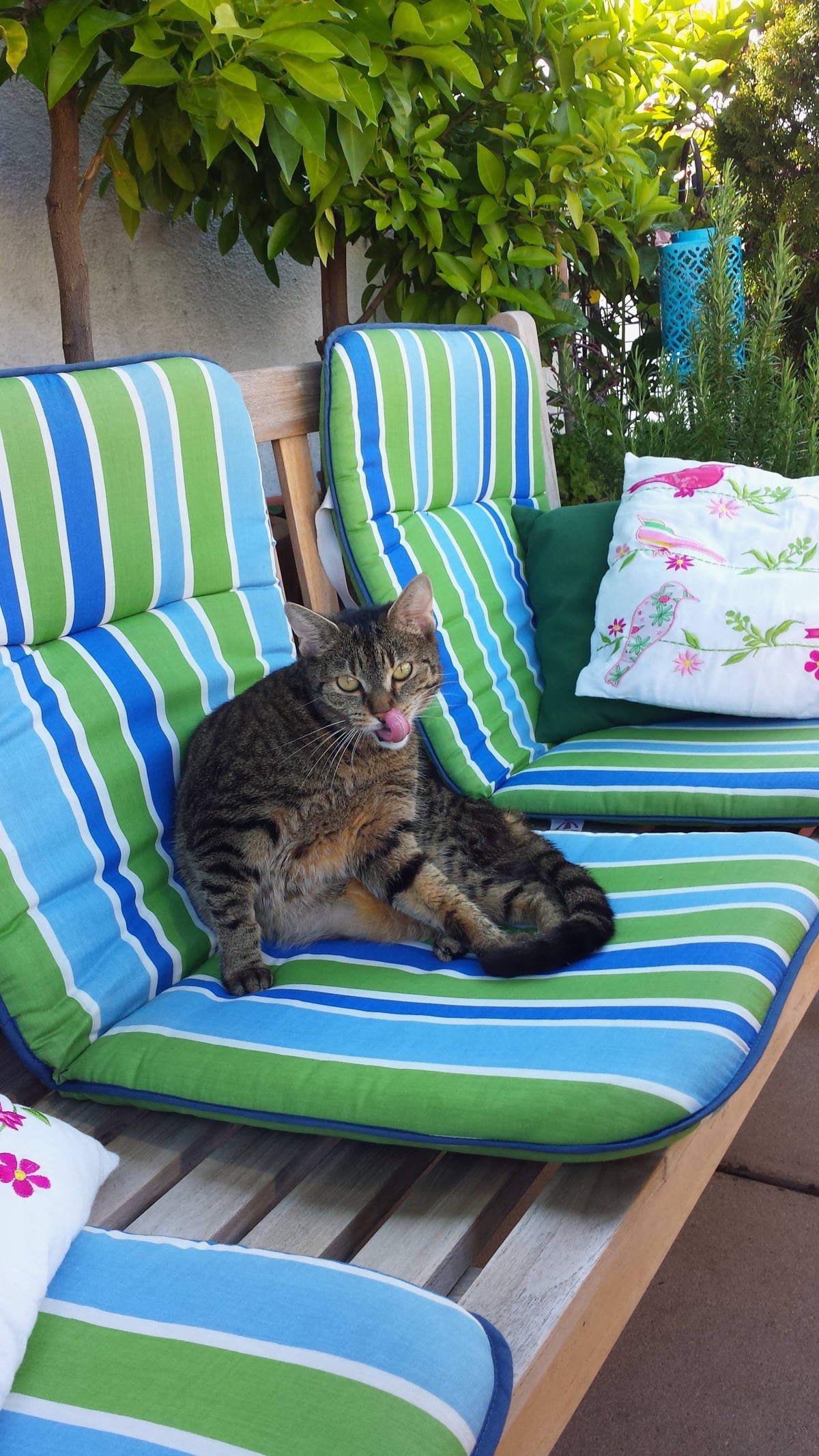 Lili ended up with a couple in the ninth district that is already experienced with cats. The appartment has a big terrace to it which was made save for cats. Lili quickly felt at ease in her new home, as one can tell from the picture.

Lili und Puma, two brownish tabbies had been left in box at Modena Park (third district) and brought to the practice by children. Both of them (obviously siblings) suffered from a disease called IBD (a chronic bowl disease) which is quite common in cats. Despite this little handicap we could find homes for both of them right away (IBD is well treatable with some care and the right medication) and for Lili it was an immediate fit.

Puma was referred to a family with kids and another cat in the sixth district where he did not integrate well. He now found his right place in “Donaustadt” living with a young lady (see also Puma Feb. 2015).