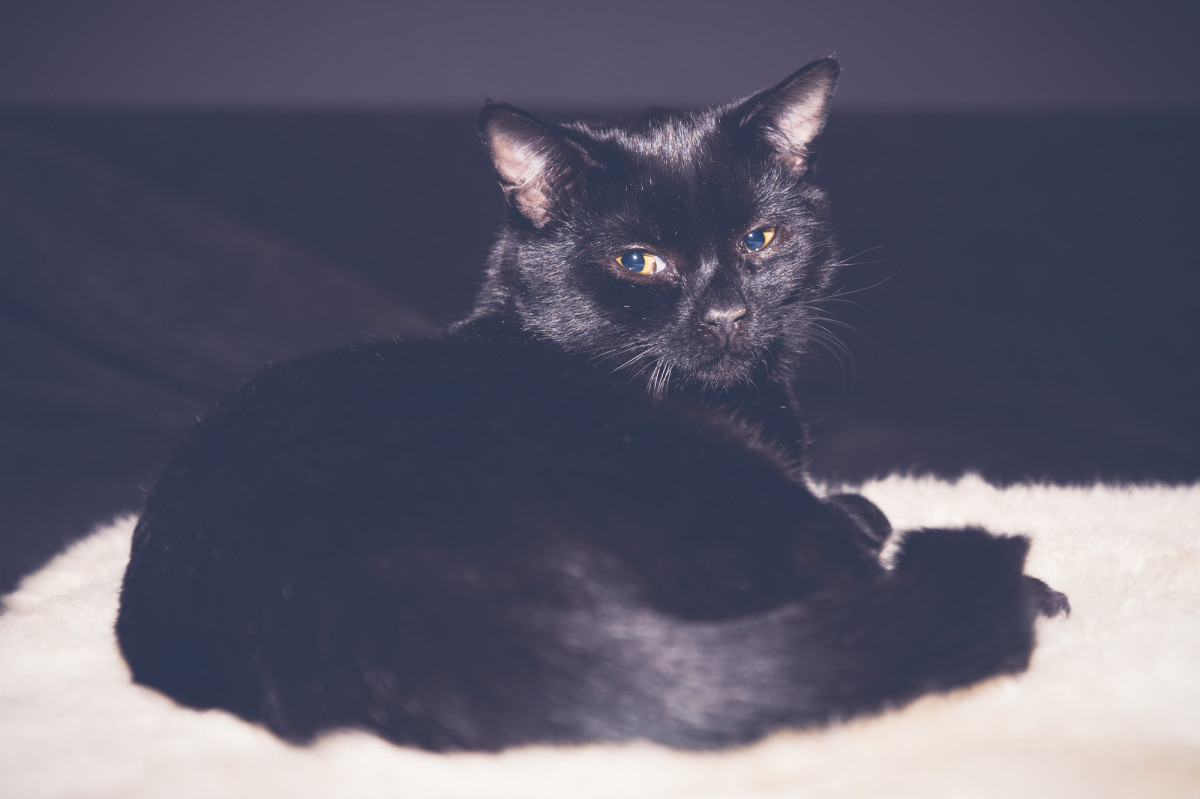 One of our clients from the ninth district has taken care of a small black abandonend tomcat left in the stairwell and called him “Gordon”. Gordon was obviously looking for a mate and by chance we knew about black kittens from a farm in Lower Austria that were looking for a home.

Thus “Lenny” has come to Vienna´s ninth district as well. In the beginning he had to fight a heavy flu but finally the therapy was successfull and the little tom fully recovered. Gordon immediately adopted Lenny and both cats and people seem to have a lot of fun together.

Two of the three raven little guys from Lower Austria went to Vienna (see also Lenny), one little tom (Pezi) remained at home in Weistrach (Lower Austria) and has already been fixed.