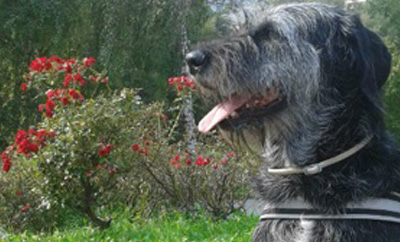 Knut, the giant aby, salt and pepper Schnauzer with a very pleasant temper was waiting for his new home for quite some years at animal shelter „Dechanthof“ in lower Austria. He is already eight or nine but found via our practice a perfect home in the second district. Despite his remarkable size he (he weighs some 40 kg) he is afraid of the noises in the city which are new to him. However, he is constantly gaining self-consciousness and seems to enjoy his new urban life. His new master who has recently retired is particularly fond of this breed of dog and he has now sufficient time to take Knut for walks in the nearby Prater.